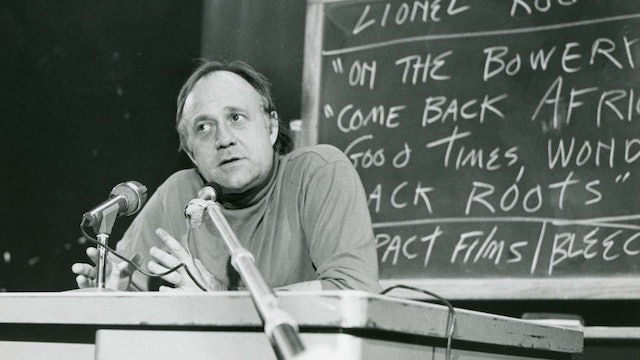 Born in New York, 1924, Rogosin was influenced early by the film, All Quiet on the Western Front, and a few years later by the films of Flaherty and De Sica. Graduating from Yale, with a degree in chemical engineering, he volunteered to serve in the Navy during World War II. In 1954 he resigned from a successful business career to begin his first film, On The Bowery.

On The Bowery was the first of Lionel Rogosin's Award winning films, garnering the Grand Prize at the 1956 Venice Film Festival as well as the British Award for Best Documentary the same year.

From the beginning, Rogosin's style as an independent filmmaker was straightforward and compassionate. His films, made "from the inside" showed the subjects he chose in their normal surroundings and allowed them to speak in their own words. By choosing ordinary people caught up in universal problems, homelessness, racial discrimination, war and peace, labor relations, and poverty, Rogosin made his point poignantly.

In 1958, Rogosin tackled the subject of Apartheid by filming the pioneering Come Back Africa on location in Johannesburg, unbeknownst to South African authorities who believed Rogosin was filming a benign musical travelogue.

The film focuses on the tragic story of a Zulu family trying desperately to stay together and survive. Instead, they are caught up in the contradictory laws of Apartheid. Bringing together some of South Africa's best known radical intellectuals Rogosin shot the film combining documentary footage and fiction. Come Back Africa is an indictment on the brutality which the system created. It was selected by Time Magazine as "one of the Ten Best Pictures of 1960" and launched the career of the unknown Miriam Makeba. "I'm a political filmmaker, and the effect of the film on people who see it is still strong today as when I made it," said Rogosin. 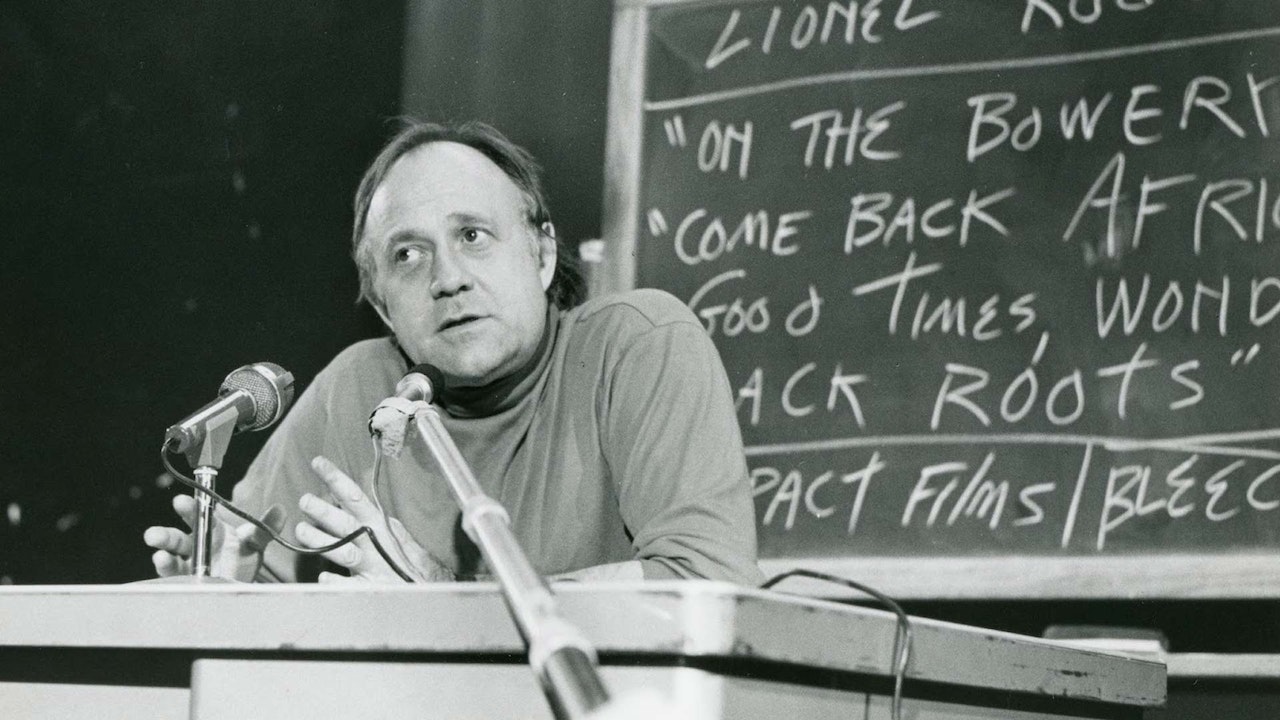