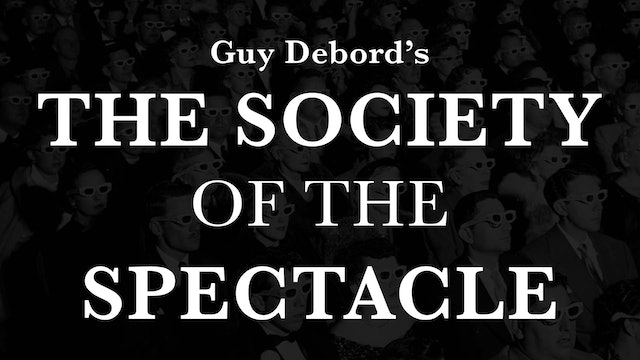 The Society of the Spectacle

Six years after the publication of his Situationist classic The Society of the Spectacle, Guy Debord released this semi-experimental, essay-film adaptation. Using the classic Situationist technique of “détournement” (think pre-digital remixing), Debord overlays a dizzying array of still and film images with text from the book. The result is a kind of organized chaos that nonetheless manages to provide a sharp commentary on a world dominated by image and power.

Restored in 2018, OVID is showing two versions of the film - one with Debord's original French commentary and English subtitles, and a second in English, produced by Brooklyn's Light Industry and narrated by artist, Paul Chan.

Debord casts a wide net, drawing in footage of topless women, manufacturing, fashion shoots, Hollywood movies, and scenes of wars, uprisings, and protests being crushed by police. He accompanies these images with his critique of life both mediated and sustained by the spectacular, as the central pillar of a capitalist alienation so all-encompassing, even revolution may seem futile.

In the nearly five decades since it was released, the issues raised in THE SOCIETY OF THE SPECTACLE have become more entrenched. Of course, a film itself is a spectacle, but Debord, with the manner of his delivery and irreverent pacing, seems determined to both undercut viewers’ expectations while simultaneously drawing them in.

THE SOCIETY OF THE SPECTACLE can be viewed simply as an artifact of a particular moment in French and Western modern history in the aftermath of May 1968. But this would be a mistake. It remains a potent and at times exhilarating critique of contemporary society and of the power of the image untethered from its original context. 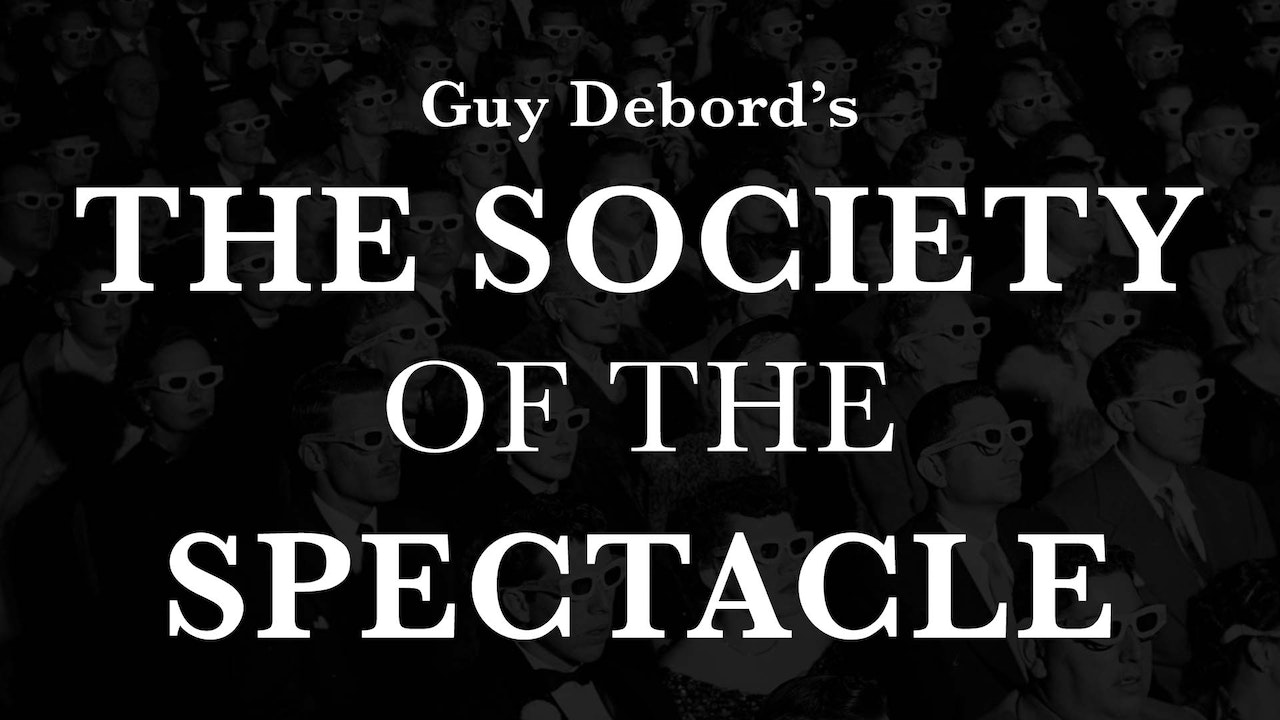