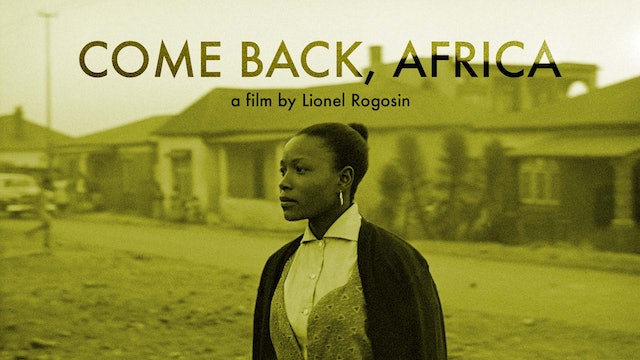 Lionel Rogosin’s 1959 powerful classic Come Back, Africa is one of the bravest and best of all political films. After witnessing firsthand the terrors of fascism as a soldier in World War II, Lionel Rogosin vowed to fight against it wherever and whenever he saw it reemerging. In an effort to expose “what people try to avoid seeing,” Rogosin travelled to South Africa and secretly filmed Come Back, Africa, which revealed the cruelty and injustice suffered by black and colored peoples under apartheid.

Much of Come Back, Africa was filmed in Sophiatown, a ghetto reserved for blacks and a vibrant center of music, art, literature and politics that has since become legendary. Residents included Desmond Tutu, Nelson Mandela, and three of the film’s main contributors – author/journalists Bloke Modisane and Can Themba and the already celebrated singer, Miriam Makeba. But even as they filmed, Sophiatown was already in the process of being demolished and its residents forcibly removed. Shortly after production ended, Sophiatown was emptied, razed and rebuilt as a whites-only suburb called Triumf. In making Come Back, Africa, Rogosin’s goal was to reveal the harsh injustice of apartheid. In order to make a film that honestly and accurately portrayed the life of people in Sophiatown (as he did with his first film, On the Bowery), the filmmaker spent almost a year meeting with activists and writers, both black and white. Rogosin cast the film before writing the screenplay, basing the story on the experiences of the cast and crew. The final script was little more than a sketch of plot points; the actors created their own dialogue in order to create an authentic representation of their lives.

Includes An American in Sophiatown, a documentary made in 2007 about the making of the film. 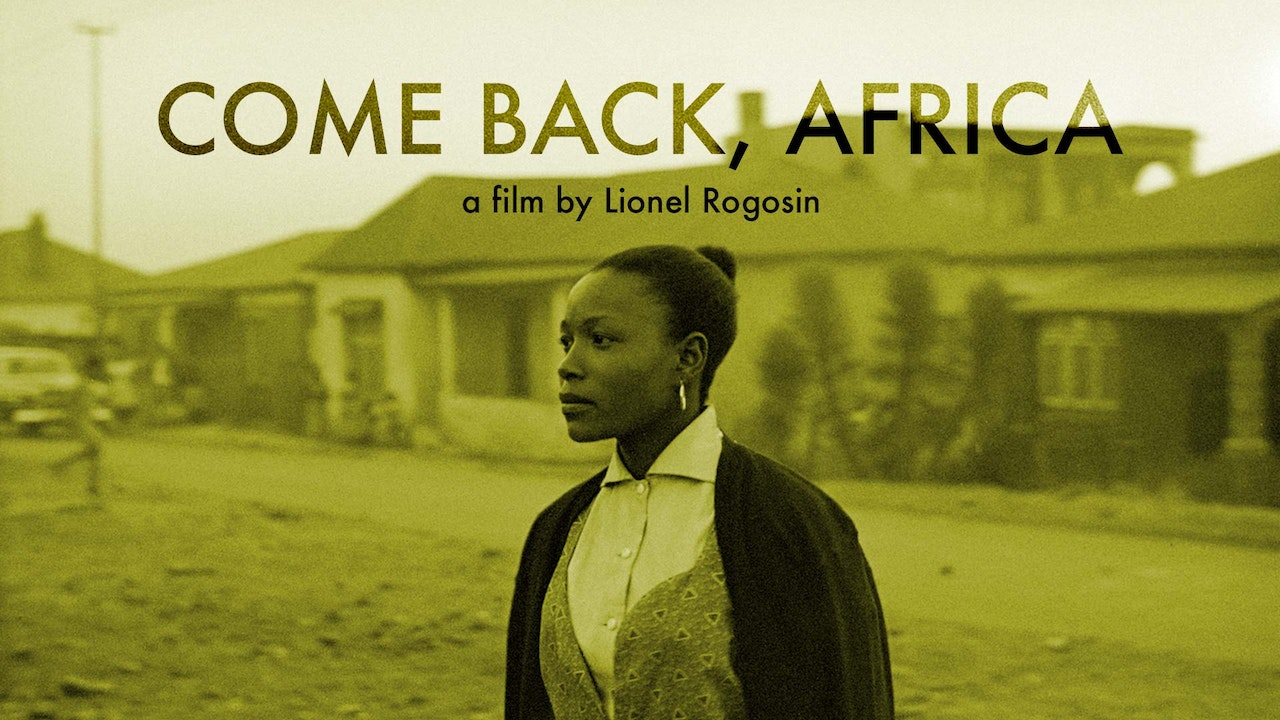