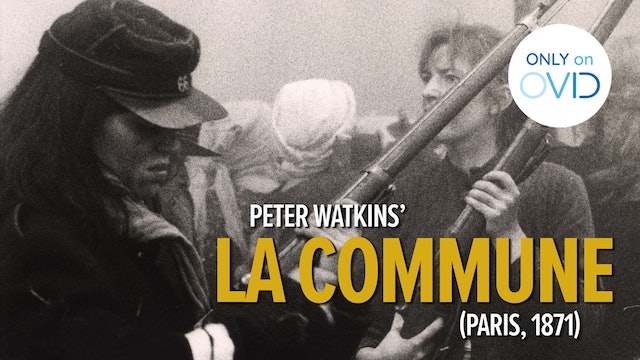 Inside a giant warehouse in a working-class Parisian suburb, Peter Watkins (The War Game, Edvard Munch) assembles a cast of over 200 non-professional actors (though their amateur status is undetectable). Basing their work upon thorough historical research, they will attempt to re-create the events of March, 1871 - the rise and fall of the Paris Commune.

LA COMMUNE (PARIS, 1871) explores that famous, brief, romantic and tragic period when poor and working-class Parisians rose up against the "bourgeois" French national government, which fled the capital and re-established itself in Versailles. As this complex historical drama unfolds, it is also "covered" by two television news crews - one from "National TV Versailles" which broadcasts the official version of events, the other from "Commune TV", giving voice to the rebellious Communards.

Mixing past and present, revolutionary in form as well as content, Watkins' audacious masterpiece forces us to confront notions of a safe or objective reading of the past, and also to reflect, inevitably, upon the present. No one who meets the challenge of LA COMMUNE (PARIS, 1871) will be unchanged by the experience.

THE UNIVERSAL CLOCK: THE RESISTANCE OF PETER WATKINS is an insightful look at the documentarian-rebel, whose work challenges the mind-numbing standardization of mass audiovisual media. We see Watkins shooting LA COMMUNE (PARIS, 1871), his magnum opus - reviving the spirit of resistance that drove the rebellious Communards of 1871.

"An intellectually challenging and tremendously moving experience, as history replayed among its contemporary ruins. Watkins builds to the long and cataclysmic Bloody Week of street fighting... But, this impressive sequence notwithstanding, LA COMMUNE is meant to evoke the unfamiliar sensation of revolutionary euphoria, or living (and dying) in a sacred time."—J. Hoberman, Village Voice

"The energy, conviction and skill with which the players of LA COMMUNE perform is startling. So genuine is the force of their passion that at moments you feel they might be about to erupt and carry the revolt live into the auditorium…"—Peter Lennon, The Guardian

A NOTE: We are presenting two versions of LA COMMUNE (PARIS, 1871). Both the original 5’45” film made for the French broadcaster ARTE (in 2 parts) and the 3'28" version edited for theatrical release. The complete version includes several animated discussions in which the "actors" talk about what the Paris Commune and contemporary society have in common. Only a few of these scenes remain in this short version. 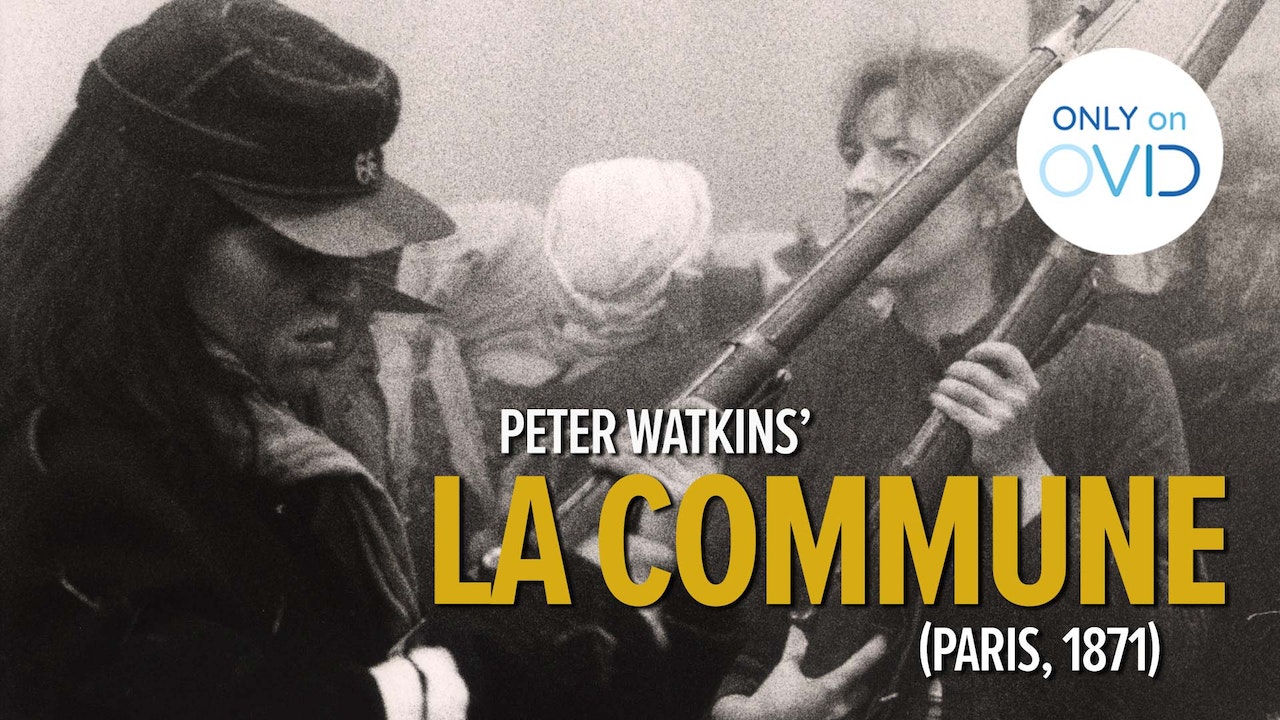